LELONGAN SATU.
Wife up for grabs;
A husband who suspected his wife of cheating on him with a colleague put her up for sale on eBay recently.he described her as 'a cheating,lying,adulterous slag of a wife'.
Online shoppers,however, were more appreciative and bids reached in excess of €500,000(RM2.68mil).Local police are looking into the case,investigating the husband for harrasment.

LELONGAN DUA.
This is not exactly new,and may suggest no more than a publicity stunt(a few models have put up theirs for sale before) although a few seem genuine.
Recently,Alina Percea ,an 18-year-old Romanian teenager put hers up for sale.Her reason-to pay for her college fees.Controversy was raised when an old schoolteacher cast doubts on authenticity of her claim.But Percea says she has a certificate from a gynaecologist confirming her status.Her price?She is targeting €50,000(RM237,000)but to date the bid stands at around €5,000(RM26,123).

PESANAN OLEH IBU SUZIE WONG(A story of a carrot , an egg and a cup of coffee).


~ And in the end, its not the years in your life that counts.Its the life in your years.


~ Don`t look down on anyone UNLESS you are helping them up.

Suzie Wong went to her mother and told her about her life and how things were so hard for her.She did not know how she was going to make it and wanted to give up.She was tired of fighting and struggling.It seemed as one problem was solved ,a new one arose.

Her mother took her to the kitchen.She filled three pots with water and placed each on a high fire.Soon the pots come to boil.In the first she placed carrots,in the second she placed eggs,and in the last she placed ground coffee beans.She lets them sit and boil;without saying a word.

Her mother brought her closer and asked her to feel the carrots.She did and noted that they were soft.The mother then asked Suzie Wong to take an egg and break it.After pulling off the shell,she observed the hard boiled egg.

Finally, the mother asked Suzie Wong to sip the coffee.Suzie wong smiled as she tasted its rich aroma.Suzie Wong then asked , "What does it mean, mother ?"

Her mother explained that each of these objects had faced the same adversity: boiling water.Each reacted differently.The carrot went in strong , hard and unrelenting.However ,after being subjected to the boiling water ,it softened and become weak . The egg had been fragile.Its thin outer shell had protected it liquid interior,but after sitting through boiling water , its inside become hardened.

The ground coffee beans were unique ,however.After they were in the boiling water ,they had changed the water.

'which are you?' She asked her daughter.'when adversity knock on your door , how do you respond ?Are you a carrot,an egg or a coffee bean?'

Think of this; Which am i ? Am i the carrot that seems strong,but with pain and adversity do i wilt and become soft and lose my strength?

Am i the egg that starts with a malleable heart ,but change with the heat? Did i have a fluid spirit , but after a death , a breakup , a financial hardship or some other trial , have i become hardened and stiff ? Does my shell look the same but on the inside am i bitter and tough with a stiff spirit and hardened heart ?

Or am i like a coffee bean ? The bean actually changes the hot water , the very circumstance thats bring the pain.When the water gets hot , it releases the fragrance and flavor. If you are like the bean , when things are ata their worst,you get better and change the situation around you.When the hour is the darkest and trials are their greatest , do you elevate yourself to another level?How do you handle adversity?Are you a carrot,an egg or a coffee bean?

The happiest of people don`t necessarily have the best of everything; they just make the most of everything thats come along their way.The brightest future will always be based on a forgotten past ; you can`t go forward in life until you let go of your past failures and heartaches.

When you were born , you were crying and everyone around you was smiling.

LIVE YOUR LIFE SO AT THE END , YOU`RE THE ONE WHO IS SMILING AND EVERYONE AROUND YOU IS CRYING. 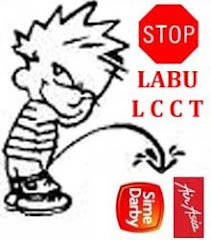 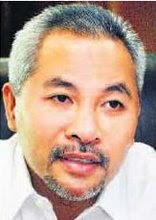 awi.prt8
Many Individual Have Like Uncut Diamonds,Shinings Qualities Beneath A Rough Exterior.